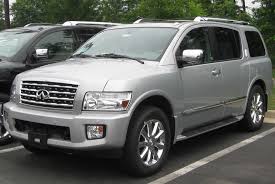 A man who has been accused of driving under the influence of alcohol has been charged in connection with a crash in Galveston on Saturday afternoon that took the life of a 72-year-old Humble man and seriously injured his wife.

According to authorities, at approximately 2:00 PM on Saturday, July 26th, Adrian Paul Mills made a sudden U-turn on Seawall, causing him to ram his Q50 SUV into the side of a Toyota Sienna minivan being driven by the victim, Ashley Boyd.

Ashley and Alice Boyd were traveling to a family reunion at the time of the crash. Ashley Boyd was declared dead at the scene of the accident while his wife, Alice, is still hospitalized at University of Texas Medical Branch.

Mills was also injured in the accident and was taken to the same hospital.

Galveston Police charged Mills Sunday morning with intoxication manslaughter. The alleged drunk driver was booked into the Galveston County Jail and bail has been set at $100,000.

Losing a loved one to the irresponsible actions of others is something no one should ever have to face. Picking up the pieces after such a tragedy can seem overwhelming. Medical costs, funerary expenses and just going on can be difficult.

If you or someone you love has been in a serious car accident where alcohol has played a part, give our offices a call. Our attorneys have years of experience in DUI cases. We are here to help you see that justice is done. Our lawyers will represent you and help you to recoup not only the cost of damages, but also the costs of medical treatment, loss of work or wages, pain and suffering and even wrongful death. We will take the time to go over the details of your specific case and outline all possible options for you. Contact us today.