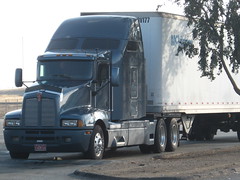 We try so hard to be safe when we drive. We take all the precautions: We wear seatbelts and drive within the limits of the law. We even teach our children to drive safe, knowing that will be best for them and for others in the long run. How sad it is when some do not follow the same code of safety and end up killing themselves or others as a result.

Take the example of Willie James Johnson, Jr, a 42-year-old trucker, who has now been identified as the man that, while drinking, drove his big-rig, without a trailer, near Cook Road. As a result of Mr.  Johnson’s intoxication, he ran a red light. A man driving a Chevrolet Tahoe was passing through the intersection at the same time and slammed into the rig.

Even though the other driver was later rushed to the hospital, he died from the injuries he sustained. Willies James Johnson was taken into custody at the scene, where Houston Police claim he was intoxicated.

“Justice” may be served in Johnson’s case; but where is the justice for the 48-year-old man or his family, who now have to deal with funeral arrangement, which are both emotionally and financially taxing?

If you had a family member who was recently killed in a drinking-related car accident, you need the best legal counsel to help you deal in this terrible time. Call the expert and experienced lawyers at Houston Car Accident Attorneys. They deal with both injury cases and wrongful death cases in the Houston, Texas area. Call today for more information.