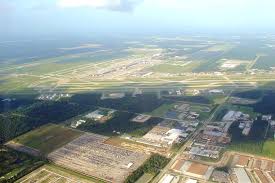 A moment of inattention, just one last drink before you go, a few more seconds awake… all of those little factors can add up to deadly consequences. It’s not clear what caused the Chevrolet Malibu to lose control.  The driver of that Malibu had their moment of confusion while traveling east on Greens Road.  As the Malibu was veering into traffic, a white Toyota Corolla slammed into the vehicle.   This tossed a 17-year-old onto the pavement. Authorities were quickly on the scene, rushing the 17-year-old to Ben Taub General Hospital.  They were hoping, as it turns out vainly, that they could save the girl’s life.  Unfortunately, the wounds proved too much and the girl died only hours later.  Such a tragedy it became. Houston police are currently investigating the causes of the crash. The names of the people involved with the accident haven’t been released to the public.  When there are minors involved, that is usually the case.  This crash near Bush Intercontinental Airport snarled up the traffic on both sides of the road, right near rush hour. At our offices, we believe in prevention.  While we are Houston personal injury attorneys, we inherently believe that there are things which can be done to lower the death toll that happens on our city’s roadways.  Looking again before changing lanes, going a little slower, and paying full attention to the road are three things that we can all do to save lives. If you’ve been injured or a loved one has been killed in an accident, please do not hesitate to give our offices a call.  We have years of practice working with these types of cases, and we know how to get the best settlements for our clients.  Make your call for peace of mind.