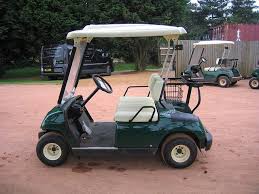 If it’s got wheels and you can use it to propel yourself around, it’s considered a vehicle.  Vehicles, regardless of whether you’re looking at a bicycle or a golf cart, are under many of the same rules as cars are when it comes to intoxication. After a long day of enjoyment, Ronald Machac and his friend decided to head home on a golf cart. They were staying close to the marina, and it was easier to take a cart rather than walk back home.  Just as they were reaching where they were staying, Machac’s friend fell out of the cart and hit his head on the pavement, splitting it open. EMS was called immediately, and Machac’s friend was removed from the scene and taken to emergency surgery after being stabilized.  It was determined after several failed sobriety tests that Machac was drinking and potentially intoxicated. Police charged him with driving while being intoxicated and fined him $5000 in the process.  Machac did submit to a blood sobriety test to determine how much alcohol was in his blood at the time. Two friends went out and something went horribly awry.  A friend in critical condition and DWI charges don’t make for a very good day overall.  If you’ve been injured by the careless acts of others, give us a call.  We’ll provide our best representation for you.