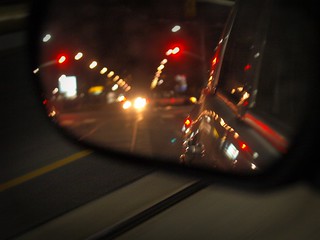 Related: Overworked Nurse May be Victim of Workplace Fatigue

A Houston man is recovering after what appears to have been a possible premeditated hit-and-run incident. On July 1th, around 8 a.m., 34-year-old Tonio, a father of three, was attempting to cross the Beltway service road just north of Westview at a nearby Wal-Mart to buy toys for his children. Tonio claims that he did not see any oncoming traffic but remembers being struck suddenly. Tonio managed to drag himself off of the road and onto a nearby patch of grass. The driver of the vehicle returned to the scene and parked about two blocks away. The driver then walked back toward the victim to take his cellphone so that he could not call for help, and then proceeded to take approximately $500 in cash from the hit-and-run victim’s pocket before leaving the scene. Tonio was left with both with internal bleeding and a broken leg and pelvis. The injuries have kept him in bed and out of work after having spent weeks in a hospital. He is now concerned with being able to support his family. His wife Maria said the driver responsible has a “hard heart” and has harmed her entire family. Houston police say that the vehicle that hit Tonio is an older black Ford F150. The man who stole Tonio’s phone and robbed him is described as being a white male, approximately 35-years-old with a bushy goatee. He is also described as having a skin condition that causes white spots all over his face, neck and arms. There is no question that the person who committed this crime acted in a callous fashion. In most hit-and-run cases, a person flees the scene of an accident because they’re scared of the consequences. No matter why someone leaves the scene of an accident, a charge of hit-and-run can also lead to criminal charges against the person responsible being filed. It’s illegal to leave the scene of an accident without exchanging insurance information and contact details with any other drivers or victims. It is also a requirement by law to render aid if possible for those who are injured at the scene of an accident. Failure to do so can result in even more potential charges being filed. If you are the victim of a hit and run accident, an attorney will help to insure that the person responsible will receive maximum punishment and you will receive maximum compensation. Your accident attorney will help you recover things such as medical bills, rehabilitative care, property damages, lost wages, pain and suffering and punitive damages. If this describes your situation, or that of a loved one, give our offices a call. Our legal professionals will take the time to go over the details of your case and will diligently work to make certain that you are compensated for your accident and justice is served. We are here to help you, and your initial consultation with our lawyers is confidential and without cost or obligation to you.