Home » Overworked Nurse May be Victim of Workplace Fatigue

Overworked Nurse May be Victim of Workplace Fatigue 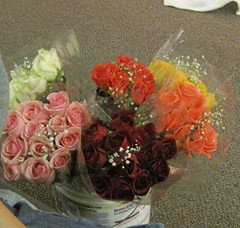 An Ohio man who is grieving his wife’s death after an automobile accident earlier this year is suing the hospital where she was a nurse. He says that she was quite literally “worked to death,” and that the hospital knew about it. Jim Jasper’s wife, Beth, was killed on March 16 while driving home after a 12-hour shift. A wrongful death lawsuit filed by Jasper alleges that from 2011 up to the death of Beth Jasper, his wife’s unit at the Jewish Hospital located in Cincinnati was “regularly understaffed,”. This caused many of the nurses on the team to work through their breaks as well as picking up additional shifts. Another contributing factor, the suit alleges, was that Beth Jasper was routinely called into work even when she was scheduled to be off-duty. This was because she was one of the few nurses on staff who was qualified to work the unit’s dialysis machines. Jim Jasper recently told CNN affiliate WCPO in an interview, “It needs to change. These nurses cannot be treated this way. They can’t continue to work these nurses and expect them to pick up the slack because they don’t want to staff the hospitals.” Shortages of staff and over-extended shifts for nurses and other healthcare workers has become an issue in healthcare across the United States. According to National Nurses United, a nurse’s union which represents some 185,000 members throughout the country, it has become all too common a problem. “Chronic understaffing is rampant throughout hospitals around the country,” said Bonnie Castillo, the union’s government relations director. “It is probably the single biggest issue facing nurses nowadays, and it’s not only affecting nurses, but patient health as well.” A wrongful death lawsuit under such circumstances, however, is unusual. Jim Jasper’s attorney, Eric Deters, said Beth Jasper may have fallen asleep before her car veered off the road, jumped an embankment and struck a tree. The lawsuit alleges that fatigue from being overworked and a lack of food contributed to the death of the 38-year-old mother of two. The lawsuit claims that hospital staffers, including his wife’s supervisor, were aware of the staffing problems and alerted the hospital’s parent company, Mercy Health Group. Nanette Bentley, a spokeswoman for Mercy Health Group, expressed sympathy for the family, but declined to comment on pending litigation. If you feel you have been injured on the job or suffered a loss due to unsafe work practices, you could be entitled to compensation such as medical expenses, counseling and rehabilitative care as well as pain and suffering or the tragedy of wrongful death. We are here to help and we are here to insure that your rights, which are guaranteed by law are protected. Your initial consultation with one of our attorneys is without cost or obligation to you. We have years of experience in the Texas courts and we are on your side. Call us today.