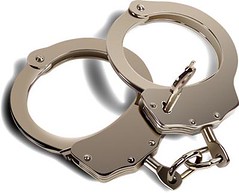 Officials at the Houston Police Department say that a suspect was mistakenly released recently and they want him back. The man is suspected of being responsible for a fatal DWI crash. The suspect has been re-arrested in Arizona after trying to cross the border into Mexico. Florian Quintanilla-Riva, 26, was taken into custody recently by agents with the U.S. Customs and Border Patrol. The man was charged with intoxication manslaughter in the death of 79-year-old Steven Ellis James. Quintanilla-Riva is currently awaiting extradition to Texas. Although Quintanilla-Riva’s case was delayed so long that it caused him to be released and walk out of city jail, the case caused supervisors at the police department to open an internal affairs investigation into the embarassing mishap. Prosecutors at the Harris County District Attorney’s Office said that local police didn’t give them the information needed to file charges against Quintanilla-Riva. He was released from jail several days after the alleged vehicle accident. There are steps you should take take avoid facing a DWI penalty: Don’t drive after you’ve consumed alcohol. Use a designated driver. Call a cab or a friend, family member. Walk or ride the city bus. The legal limit across the country is 0.08 percent.   If you have consumed alcohol, it is best to wait until you are sober before getting behind the wheel of a motor vehicle. Have your driver’s license, insurance and registration in your vehicle at all times. Many DUI arrests stem from a stop of a motorist at a driver’s license checkpoint and or sobriety check point. If your documentation is readily available, you will draw less attention to yourself when asked to produce it. This is true even if you are not stopped at a checkpoint. If you or a loved one has been injured in an alcohol-related accident, contact us today for a free consultation and legal analysis.