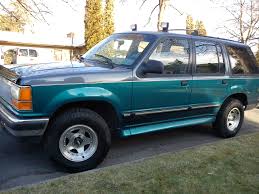 The sudden and unexpected tragedy of an accident is something that no one is ever prepared for. It always comes up from behind and leaves you feeling shocked and overwhelmed. That was the case when the driver of a Cadillac Fleetwood was in the 5400 block of South Braeswood traveling eastbound that was recently involved in a multi-vehicle accident. According to authorities, the driver lost control of his vehicle when he struck the rear end of a blue Ford Explorer that was stopped at a traffic signal at the intersection of Chimney Rock. Also struck during the crash was a blue Chevrolet Cruz that was also stopped at the red light. A southbound Mercedes was also impacted by the Cadillac as it was traveling through the intersection. The driver, a 70-year-old man, was transported by ambulance to Memorial Hermann Southwest Hospital. The driver later died as a result of his injuries. Police say that Harris County Institute of Forensic Sciences is not releasing the identity of the driver pending notification of his family. Investigators believe that he may have suffered a medical issue prior to the accident. No one in any of the other vehicles involved in the crash was injured. Even after an accident, the unexpected expense of medical bills, the rising cost of insurance rates and other costs can seem overwhelming. Because of the complexity of our bodies and even the cars we drive, some issues may not manifest themselves until weeks or months after a crash. After you have had an accident, and after a thorough examination by your doctor and after you have spoken to your car’s mechanic, that is the time to consider having the services of an experienced accident and personal injury attorney working on your side. If you or a loved one has been injured in an accident give us a call with the details of your case, and one of our experienced lawyers will sit down with you and discuss all of your options with you. We can help you get the compensation you need for any injuries, medical costs, and time off of work or damages to your vehicle. If you would like to schedule a free initial consultation, give our offices a call today.