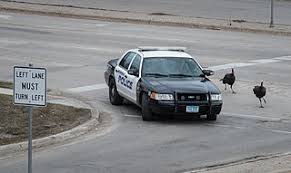 The devastation after an accident can be overwhelming to anyone and can leave families in the lurch as to where to go or what to do next. How does one carry on after the loved one, or worse, the loss of several loved ones at once? How do young people cope after losing both of their parents to the tragedy of a motor vehicle accident?

This is precisely what is happening to two young brothers who have lost several members of their family after a brief high speed chase and crash. Rafael Guerrero, 41, his wife, Alejandra Guerrero, 38, and Luiz Angel Guerrero,13, Alejandra Guerrero’s brother, Juan Garcia Ahuezoteco, 25, were killed when a Dodge Durango struck the Honda Accord they were riding in at more than 100 mph. Also killed was the driver of the Dodge Durango and the passenger in the Durango.

The driver of the vehicle that was attempting to evade police was Juan Garcia Ahuezoteco, 23. According to officials, Ahuezoteco was wanted on a felony DWI warrant. The passenger in Ahuezoteco’s Durango was his cousin, Alejandro Molina, also of League City.

Police had attempted to stop Ahuezoteco’s vehicle at around 8:20 p.m. because they were driving erratically and not using headlights after sundown. The driver of the Durango attempted to flee from police. The officers gave chase, with speeds reaching 100 mph. The Durango struck a vehicle at the intersection of Deats and Ohio Avenue, tearing off the bumper of the impacted car. There were no injuries. The chase continued northbound where the Ahuezoteco’s vehicle ran a stop sign on Ohio Street, striking the Honda Accord that was carrying the Guerrero family that was traveling eastbound on FM 646. Ahuezoteco’s vehicle then struck a utility pole, causing a power outage in the immediate area.

More and more, police departments across the country are re-evaluating whether or not high speed chases are worth the risk. Many officers are asking themselves whether or not letting someone evading them is placing the public in more danger than just letting them go until another time where there is less risk to innocent bystanders. Many deaths that occur during a high speed chase are the result of someone being in the wrong place at the wrong time.

The resulting tragedy that families must face after losing a loved one – or several at once, can be devastating. Though friends, families and communities can raise funds to help, it just doesn’t seem to put a dent in the expense and it certainly offers little comfort in the face of tragedy.

That is the time that you need a knowledgeable, skilled attorney by your side to help you face and to deal with all of the things that can seem almost too much to bear. If you or a loved one has been seriously injured by an accident as a direct result of a police chase, give us a call with the details of your case.